Beautifully suited for all your web-based needs

According to Ayurveda, conception takes place as a result of healthy sperm, healthy ovum and a healthy womb. For both male and female it depends on the Shukra Dhatu or reproductive tissue. In the female, Shukra Dhatu creates the ‘ovum’, or egg, as part of a healthy monthly cycle and in the male, the semen.

The Shukra Dhatu itself is created after a long chain of metabolic transformation starting with the digestion of food and then the transformation of food to nutrient fluid.  This nutrient fluid is transformed again and again to nourish in turn to blood, muscle, fat, bone, bone marrow and then Shukra.  So, according to Ayurveda, the health of Shukra Dhatu depends on the health of all the other tissues in the body, which precede it in the cycle of production.  That’s why Ayurveda stresses the need to treat the whole body and not just the symptom of infertility.

Congestion or organic defects in the reproductive organs can be cured only through surgery, but infertility due to functional or physiological causes is easy to cure through Ayurveda and its applications. The vitiation of Doshas Vata, Pitta and Kapha – any one of them or all of them together-is likely to lead to infertility.

Researched Ayurvedic Medicines can also be prescribed to the patient along with advices of specific diets like: Alkaline, pungent foods should be avoided; fruits and sweet substances should be consumed in large quantities. The diet should be adequate to meet all the needs of the body. Daily physical exercise and proper hygiene are recommended.

Factors that affect both men and women

There are a number of factors that can affect fertility in both men and women. These include:

Weight – being overweight, or obese, reduces both male and female fertility. In women, it can affect ovulation. Being underweight can also impact on fertility, particularly for women, who will not ovulate if they are severely underweight.

Sexually transmitted infections (STIs) – there are several STIs, which can cause infertility. The most common is chlamydia, which can damage the fallopian tubes in women and cause swelling and tenderness of the scrotum (pouch of skin containing the testis), in men.

Smoking – not only does smoking affect your general and long-term health, it can also affect fertility.

Occupational and environmental factors – exposure to certain pesticides, metals and solvents can affect fertility in both men and women.

Busier life affects fertility-The changing lifestyles of couples these days have made them busier than before. High ambitions and professional aims drive them to strenuous work condition, thus affecting their physical well-being drastically. It has been proved scientifically that stress has been a major reason for problems ranging from blood pressure, coronary problems to infertility. Stress has been one of the main reasons of rising infertility problems amongst both men and women these days.

Effect of stress on men and women-Under medical science stress is been considered as the biggest enemy of humans. Rising stress affects the overall health of the nervous system leading to hormonal imbalance, lowering the sperm production by weakening the sexual glands in men. Stress also disturbs the blood flow to the pennies thus weakening its ability to achieve erection. On the other hand stress leads to severe problems for women in ovulation. Stress also leads to period problems and painful and excess bleeding. Stress reduces mental and physical strength of both men and women leading to infertility.

Both of the partners should know how to maintain the best balance for their constitution.  For this the best strategy is a consultation with an Ayurvedic physician, who uses pulse diagnosis, interview and examination.
An important step in getting pregnant is making sure you are healthy, which you can do by making some simple lifestyle changes, as suggested by ancient Ayurveda.

Taking regular exercise helps you to maintain a healthy weight and beat stress. It is important to be well rested. Besides regular meditation and getting enough exercise (padmasana, pelvic floor exercises) and sufficient sleep at night, one should add daily self-massage in the morning.  You could massage 5-10 minutes at home before shower using appropriate massage oil.  This routine helps to improve immunity and promote healthier functioning of all the body’s systems. Your Ayurvedic consultant could provide the information that you need to create a healthy daily routine.

The couple should enjoy a happy, stable relationship and should try to stay away from harmful chemical substances like alcohol and cigarettes.

Secondly massaging will also help your body relax and will also make it strong. There are various types of massages, which will loosen your body muscles helping them relax. The best and highly prescribed way of managing your stress is yoga. Yoga offers with various asana for men and women to not only handle stress but also to improve fertility in both and women. Similarly regular exercises will increase the strength and vitality of both men and women thus making you feel fit and manage stress more effectively.

Though very harmful to fertility, stress can be easily managed with a healthy schedule, regular exercising, healthy diet and habits.

This consists of a specialized use of certain drugs and measures, which are supposed to,

Vajikarana is the class of therapeutic measures, which enables an individual to perform sexual activity forcefully and frequently like horse. These medications and drugs confer upon tremendous sexual strength in men; in such a way that he gets immense stamina for sexual intercourse without any inhibitions. It is also the class of medications with which one can satisfy his woman sexually.

There are three types of Vajikarana medications,

The medicines of this class generate Shukra Dhatu by the process of Dhatuposhan karma from the daily diet; ‘meat’, ‘ghee’ and similar food products are classic examples of ‘Janaka’ Vajikarana.

Medications in this class provoke ejaculation of Shukra Dhatu forcefully and quantitatively.  Even though these medications promote ejaculation, there is no post ejaculatory deficiency of Shukra.  These medicines only facilitate ejaculation.  ‘Ucchata churna’ is example for this.

The medications of this class are combination of both productive and ejaculatory herbs.  These medicines not only produce but also facilitate ejaculation of Shukra without causing post ejaculatory deficiency.  Ghee or cow milk. Wheat, Masha is few examples.

The drug, which causes excitement during sexual intercourse after its consumption, is called Vajikarana.

After consumption of it the drug causes increase in volume of Semen and increase sperm count is called Shukral dravyas.

Regular use of Milk, masha, Aamla, etc. Can cause Shukra Pravartana and Shukra janana; i.e. production of Semen and expulsion of it through penis.

Nutritional tips according to Allopathic Science-

Make sure you eat a nutritious, balanced diet, containing plenty of fruit and vegetables, carbohydrates such as whole meal bread and pasta, and lean meat, fish, and pulses for protein. Green, leafy vegetables are high in folic acid, which can help to prevent birth defects. Women who are either under, or overweight, also ovulate (release an egg) less regularly, or sometimes not at all. Ensuring you maintain a healthy weight will therefore make it much easier to conceive.

Nutritional tips according to Ayurvedic Science-

Prefer foods that are easy to digest, both satisfying and nourishing. Food should be properly digested.  Improperly digested food creates toxins and impurities that are absorbed, travel through the body and get settled into the tissues to disrupt their functions.  Ayurveda helps to create strong digestion by
· Proper use of spices and cooking oil
· Timing for breakfast, lunch and dinner
· Digestion enhancing food according to the Doshas
· Proper food combinations
· Proper food preparations

Also try to get following things in daily diet.

Dairy proteins, including milk, cream, ghee, lassi, and paneer (a fresh cheese made of milk)

Sweet, juicy fruits such as mangoes, peaches, plums, and pears

Dried fruits such as dates, figs, and raisins

Spices such as Ajwayan powder, cumin which purifies the uterus in women and the genitourinary tract in men, Turmeric to improve the interaction between hormones and targeted tissues, and black cumin, fenugreek, garlic, onion, and liquorice are said to invigorate the reproductive organs.

Transcendental meditation would be the most important recommendation to enliven the inner intelligence of the body and to help the couple to reduce stress. This simple technique helps to develop a healthy and happy state of mind. Practice of TM twice a day is a powerful mind-body healing approach to the problem of infertility.

In Ayurveda there are the herbs that help to tone up the reproductive tissues and to improve male genital system’s function. There are prepared herbal formula available that could be prescribed by the Ayurvedic practitioner according to the person health.

Shatavari is considered the most important rejuvenate tonic for women Use. The plant contains triterpene saponins, which are phytoestrogen compounds. The plant is demulcent, aphrodisiac and galactagogue (promotes secretion of milk).Shatavari is often used for infertility, threatened miscarriage, leucorrhoea and menopausal problems. It nourishes the ovum and increases fertility.

Ashoka (Saraca Asoca) is a small evergreen tree. Its bark contains an estrogenic compound and has a stimulating effect on the endometrium (inner layer of uterus) and ovarian tissue. It is useful in menorrhagia (excessive menstrual bleeding) due to uterine fibroids, leucorrhoea (white discharge) and in internal bleeding. It is well established for its effectiveness in menorrhagia and dysmenorrhoea. It also has a stimulatory effect on the ovarian tissue and may produce an estrogen-like effect that enhances the repair of the endometrium and stops bleeding.

Lodhra (Symplocos Racemosa) its astringent bark is recommended in the treatment of menorrhagia and other uterine disorders. The stem bark has anti-inflammatory properties. S. Racemosa is used in Ayurveda for various female disorders. S. Racemosa stimulates and increases the levels of reproductive hormones, FSH (Follicular Stimulating Hormone) and LH (Luteinising Hormone). An increase in the ovary weight was also found due to the observed FSH surge. These results are in concordance with the traditional use of this herb for female disorders.

Kumari (Aloe Barbadensis) Aloes have long been in use for a host of diseases such as, digestive, skin and liver ailments.
A study on Aloes showed that the in-vitro production of oestradiol and progesterone by ovarian cells was significantly increased.
Infertility is a cause for concern. Nevertheless, for a substantial percentage of men and women with reproductive disorders, adopting changes in lifestyle, healthy exercise and dietary habits, reducing stress levels along with appropriate herbal supplementation can help overcome infertility.

Triphala is recommended to clear the toxins.

In a nutshell Ayurveda offers treatments for infertility depending on root cause of it. Ayurveda also gives guidelines to improve Fertility in healthy couple. So, every couple that wishes to conceive should follow Ayurveda and get its benefits. 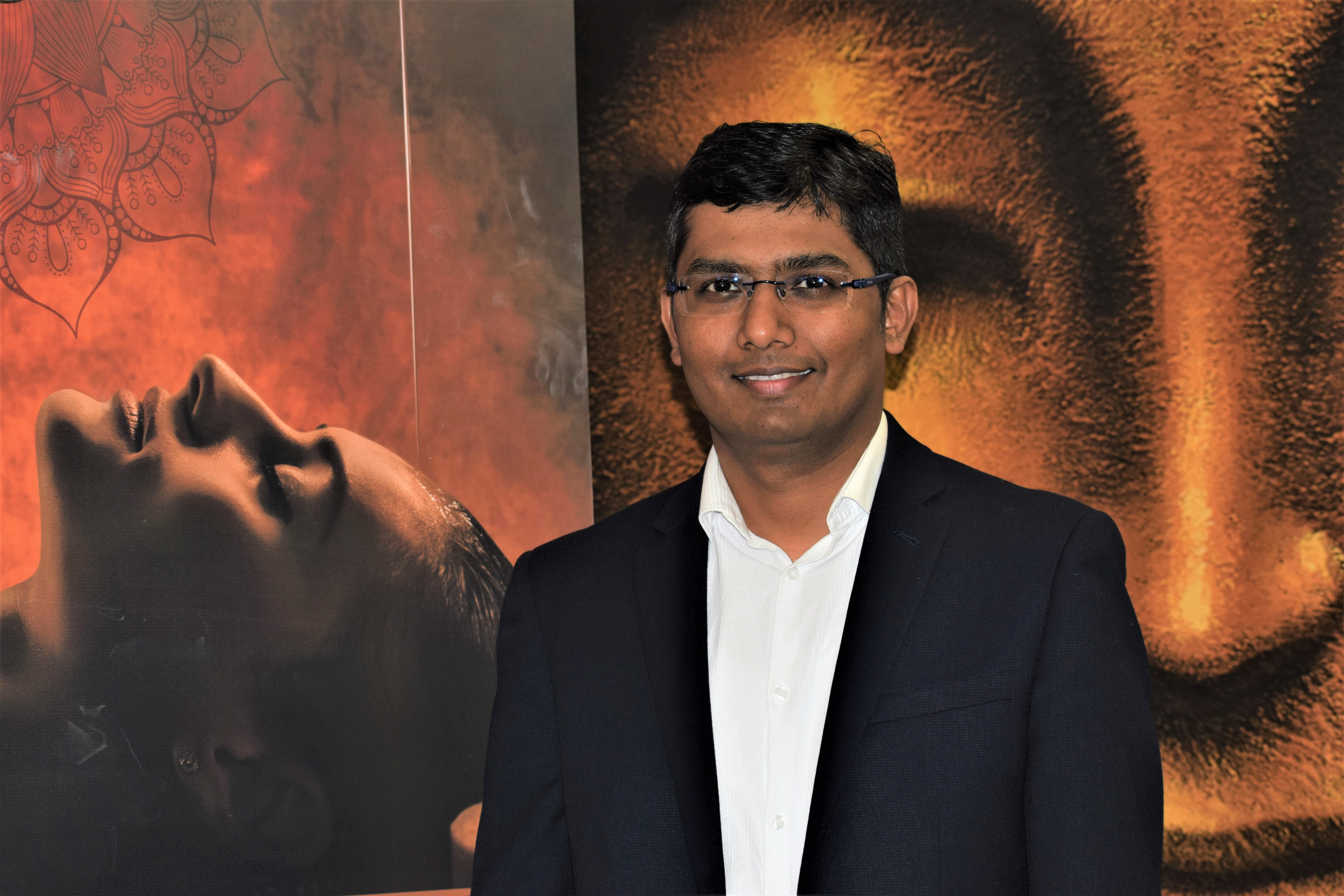 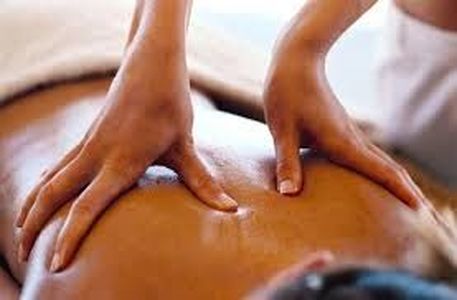 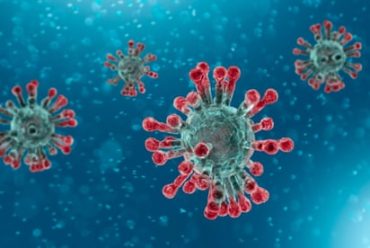 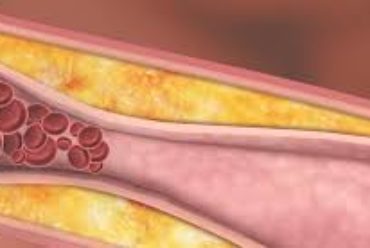 Assessment of Lekhana Basti in the Management of Hyperlipidemia